The term ‘Dayak’ was introduced by the Dutch to designate all non-Muslim indigenous peoples living in the interior of the island of Borneo. It is a generic term used to describe those native tribes that traditionally lived inland along the rivers of Borneo in longhouse communities and were associated with animistic practices and headhunting. In Sarawak the British referred to the Bidayuh tribe as Land-Dayak and the Iban tribe as Sea-Dayak (due to a small group of Iban pirates and their activities along Sarawak’s coast in the 19th century and the wrong assumption that Ibans are generally good sea-farers). In fact, the Ibans migrated from Kalimantan (Indonesian Borneo) to Sarawak in the 16th century and spread throughout Sarawak and Brunei.

Nowadays, the Ibans are the largest ethnic group in Sarawak, making up about 30% of the population. The Bidayuhs account for roughly 8% of the state’s population and are concentrated in South-Western Sarawak (and found in North-West Kalimantan too). There are also numerous small tribes, such as the Kenyah, the Kayan, the Kedayan, the Kelabit, the Bisaya and many more, varying in size from 300 to 25,000 individuals. They are often collectively referred to as ‘Orang Ulu’, which means upriver dwellers.

The indigenous Penan people are also often included into the Orang Ulu group of people, although they are traditionally nomadic people and didn’t live a communal longhouse life in the olden days. Today most of the Penans have settled in longhouse communities too.

The majority of the Dayaks, including the Orang Ulu and the Penans have converted from animism to Christianity. 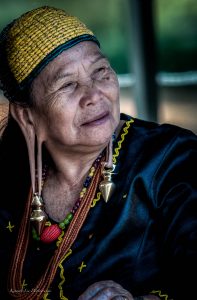 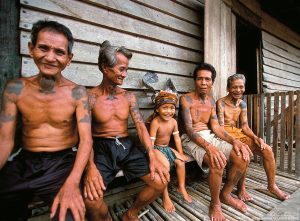 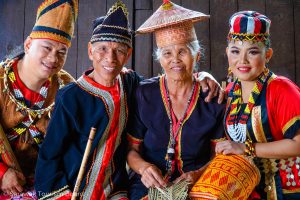 The coastal areas of Sarawak are inhabited by the Melanau tribe and by Malays. The Melanaus account for about 6% of the population and are the third largest indigenous group of people in Sarawak. They were amongst the earliest settlers in Sarawak and used to be pagans. Nowadays most Melanau people have either converted to Christianity or to Islam. The Malays are the largest ethnic group in the country of Malaysia (more than 50%), but in Sarawak only account for about 25% of the population. The Malays converted from Hinduism and Theravada Buddhism to Islam in the 1400s under the royal court of Melaka and nowadays are all Muslim. But be careful to differentiate between ‘Malay’ and ‘Malaysian’! Malays are an ethnic group with a distinct culture, which can be found in several Southeast-Asian countries, whereas Malaysians are citizens of the country of Malaysia regardless of race or ethnicity.

All the above mentioned ethnic groups are considered to be ‘bumiputera’ by the Malaysian government, which literally means ‘sons of the soil’, meaning to say they are natives.

Non-indigenous ethnic groups in Sarawak are the Malaysian Chinese and Malaysian Indians. Mostly descendants of Chinese immigrants during the 19th and 20th century, the Chinese account for about 25% of Sarawak’s population and are made up of a mix of dialect groups including Hokkien, Hakka, Foochow, Teochew and Hainanese. Malaysian Indians are amongst the smallest ethnic group in Sarawak with less than 1% of the population. Most are descendants of Indian immigrants who came to the country during the British colonial rule. 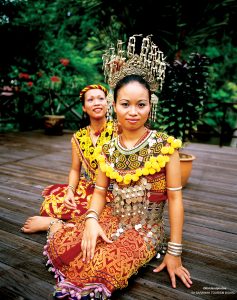 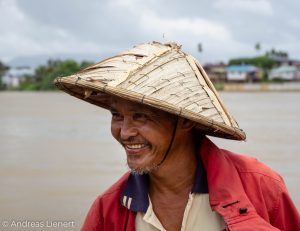 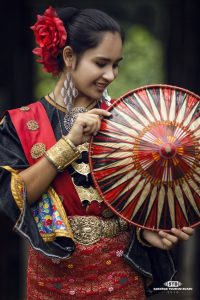 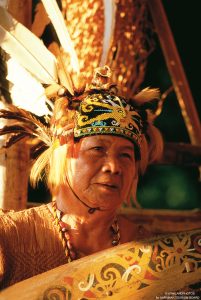