Although the official religion of Malaysia is Islam, Sarawak with its ethnic diversity is a particularly tolerant region. Thus, there are Muslims, Christians, Buddhists, Taoists and Hindus. Animism has shaped the Dayak culture before the arrival of other religions, however, now represents only a minority. Unlike the Malaysian peninsula, the dominant religion in Sarawak is Christianity (42% divided between Catholics, Protestants, Methodists, Evangelists and Baptists). Since the arrival of missionaries at the beginning of the 20th century, the majority of the Dayak population such as the Iban and Bidayuh has converted to Christianity.

Kuching owes much of its architectural diversity to the presence of numerous religious buildings, one of the oldest being a Taoist temple built more than 200 years ago on the banks of the Sarawak River by a community of sailors from southern China. 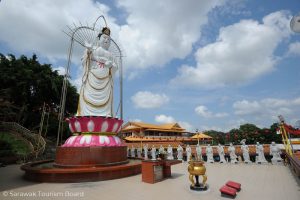 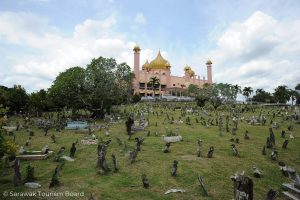 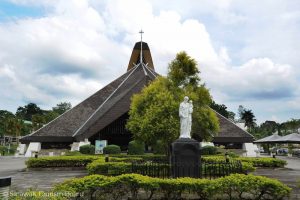