Kuching is the capital of Sarawak, but also the largest city in the state with nearly 600,000 inhabitants. The state owes its incredible proportions to the Englishman James Brooke, who in 1841 became the first Rajah (governor) of Sarawak, succeeded then by the nephew and his son as the next White Rajahs.

Kuching, located at the banks of Sarawak River, is the ideal spot to start exploring the region. It is a calm and attractive city with well preserved English colonial buildings and architecture in its old centre. Although many large modern hotels and shopping centres have appeared in recent years, Kuching remains a particularly green city.

The Sarawak Museum is also a place not to be missed. Located in one of the oldest buildings in the city, it traces the history of Sarawak and its various ethnic groups. Its dark and worn wooden displays and soft lights will give you the impression of having traveled back in time for a few decades. 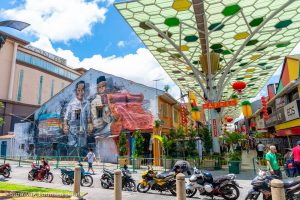 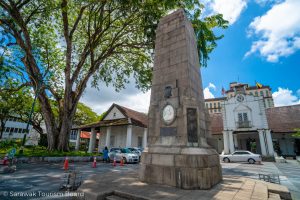 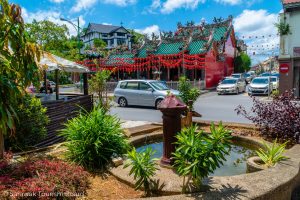